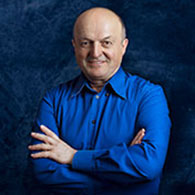 What ailments does it work for?

If I simply say: all, the sceptics will immediately laugh in disbelieve.

A few words of explanation: when you go into the sea – your whole body gets wet. Equally, when you get into Zbyszek’s energy circle – your whole body is affected. The energy balancing process commences, your system starts the purifying process (this often can cause different reactions), your body decides the speed and order of changes. If we don’t raise too many barriers this can happen quite quickly. That is why helping animals, new born and the unconscious is so easy, they don’t create obstructions – there are no doubts, anxieties, they are free from addictions – put it simply: they don’t block the emission of energy.

We cannot say exactly how many people Zbyszek has helped in the past 30 years. There must be over a million cases. Everyday we receive many letters, phone calls, emails…all with news of health improvements. In 2010 the book “Nowak – such are the facts” was published – in it we documented 180 from over 700 of the most fascinating cases gathered only within the last two years. At the end of the book there is an index of cured illnesses, almost 200 in all. 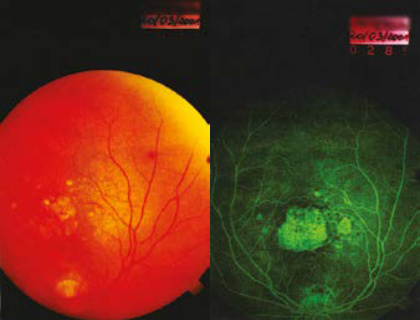 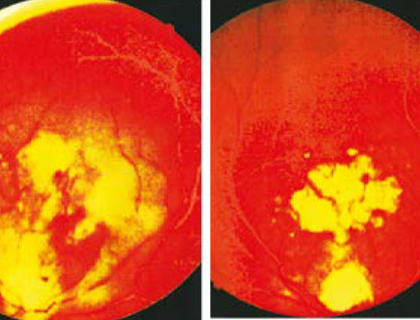 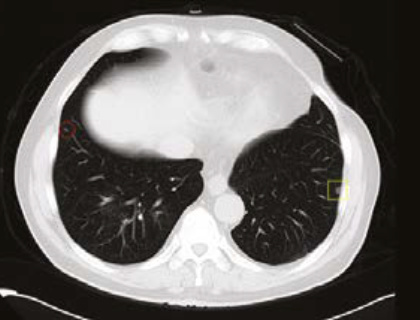 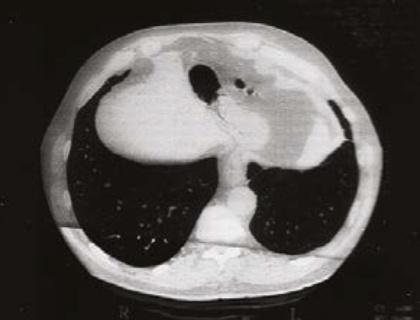 Description:
Lung care programme showed around 112 pulmonary nodules located mostly in bottom and mid lung fields, around 2mm in diameter. The largest nodule 6mm in diameter within bronchopulmonary segment 9 on the left side. Other changes not visible. 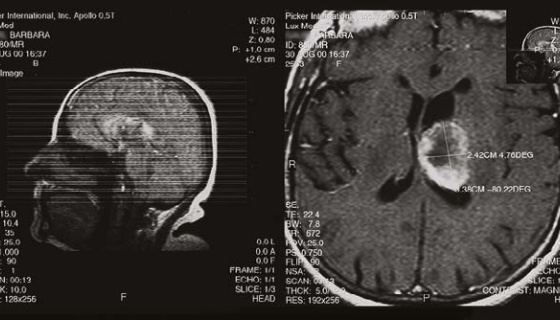 The test in SE sequence, picture T-1 before and after contrast, T-2 weighted and FLAIR Abnormal tissue area detected in deep structures on the left brain sphere. 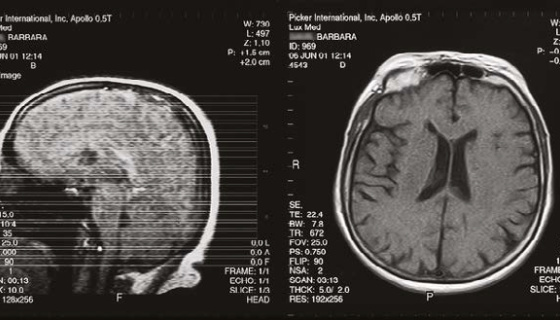 Brain MRI in SE sequence in pictures T1 T2 and Flair. Test conducted before and after contrast. Currently the tumour not detected in the left brain sphere. Cell structure of correct size and location.
This picture was taken in December 2017. Mrs Basia is just 82. She is still in a perfect shape. Both physical an intellectual. 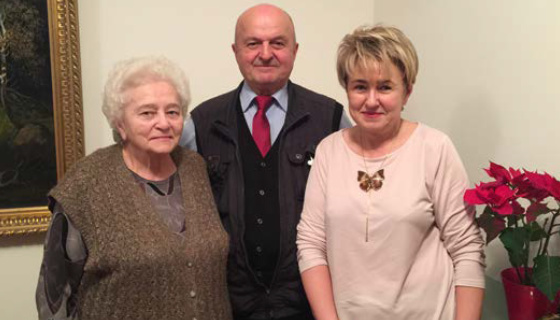 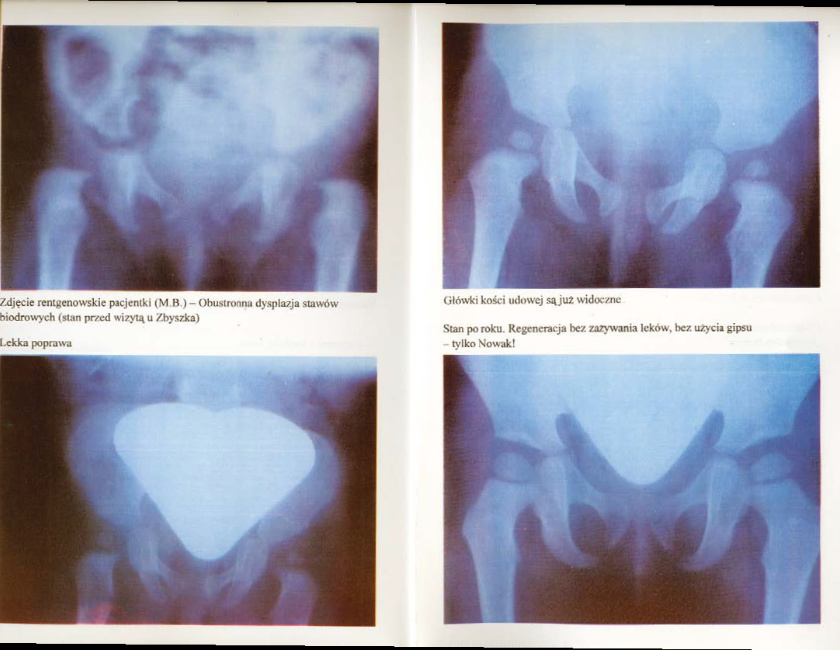 Picture of undeveloped hip sockets (almost fully regenerated after a year) of a 3 year old child, this picture is from the book „Hands that heal” published in 1993. 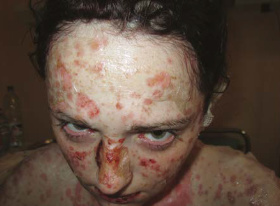 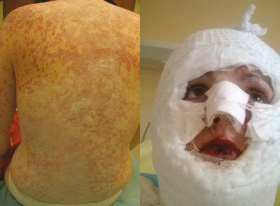 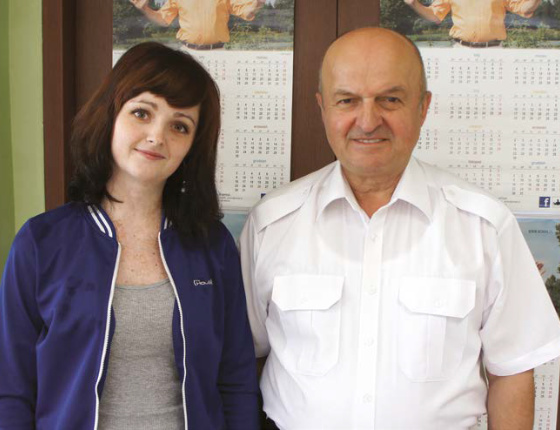 Magda met Zbyszek for the first time after being released from hospital. Three weeks prior to that she was diagnosed with Lyell syndrome (toxic epidermal necrolysis). Zbyszek only had her photograph, her mum would update him daily on her daughter’s condition. She relates this story on the DVD „Co-operation, contact, energy”. Zbyszek always says: “it is difficult to sing your prayers, but it helps others and gives hope”. Both women showed immense trust and understanding. 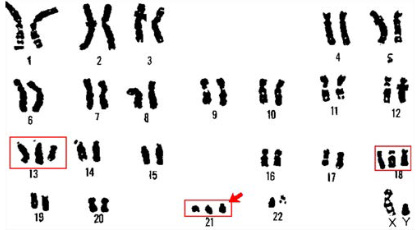 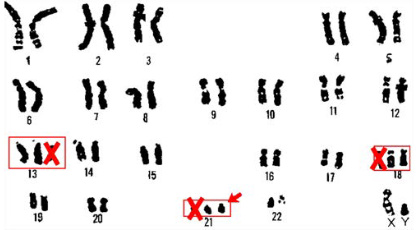 Chromosomal trisomy. Despite the fact that there are three instead of two chromosomes, the extra one has been blocked. The transcription from genes to proteins has not occurred. A group of genes is deactivated. Other genes are active and the system thrives properly. 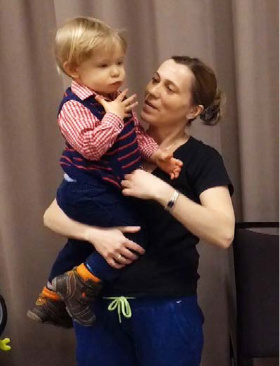 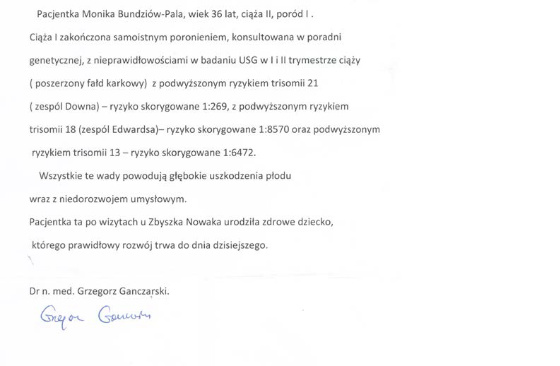 After many years of working with Zbyszek we still feel tremendous pleasure learning about the many successful outcomes; we document them in thick volumes. We are particularly touched by many spectacular cases – the ones which are borderline miracles. For example the documented case of eliminating Down syndrome diagnosed in a foetus; stopping myelitis or Lyell syndrome. We note cases where Zbyszek was able to reduce organs metabolic ageing; stopped Turner’s syndrome (repressing growth in children). He provided help in cases of sarcoidosis, borreliosis, glaucoma, epilepsy and myasthenia, many cancerous diseases, heart conditions… not to mention migraines – and we collect test results and gather patients’ testimonies. However we cannot precisely calculate how many people were helped by Zbyszek.