What is the DOCTORS’ opinion?

The science has already proven that everything consists of energy, our material body is only a troublesome accessory to our energy body. Therefore nowadays every intelligent person believes in energotherapy. However 20 years ago it wasn’t so obvious. That is why we are grateful to the doctors who in those days spent their valuable time to monitor Zbyszek’s ability and then recommended him to their patients.

Over the years Zbyszek earned a significant respect and trust with many doctors, amongst them was doctor Andrzej Koczyński, whose opinion regarding two brain scans of the same person conducted just a few months apart was recorded. The results, as described by doctor Koczyński, clearly showed that the serious tumour shrunk significantly and the second brain scan was normal.

The case of exterminating Down syndrome diagnosed in a foetus also created a great deal of interest within the medical profession.

The oncologist – professor Marek Spaczyński, gynaecologist – doctor Jacek Tulimowski, dermatologist and allergist – doctor Ewa Minkowska, the number of doctors who openly support Zbyszek’s abilities grows with each day, they refer their patients, knowing that Zbyszek will increase their chances of getting better.

Today, without revealing too much, we can only mention that the co-operation with medical professionals is developing further and there is hope that we will be able to finally close the gap between traditional medicine and energotherapy. 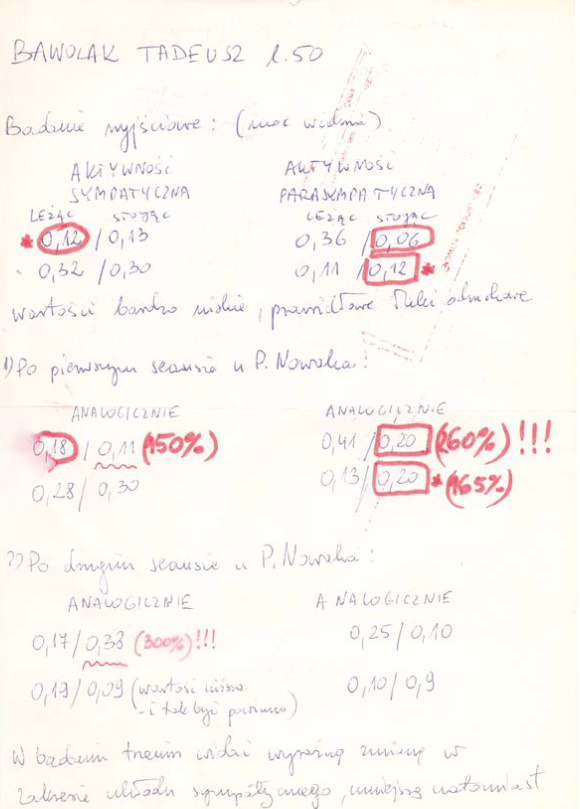