Kuwait and break through in approach

Diagnosis: pituitary adenoma (commonly known as brain tumour). The female patient was in Łódź, Zbyszek in Podkowa, over 80 miles apart. They agreed that she would be thinking of him at a particular time and at this time he would concentrate on her photograph. This was the first time that he used a regular mental contact.Success. The Polish wife of the Arab’s sheik was cured. The “miracle man” was invited to Kuwait – there were many family members who also needed his help. Travelling to Kuwait in those days required few clever tricks. Zbyszek opened a “Friends of Kuwait Association” and travelled there as its chairman. 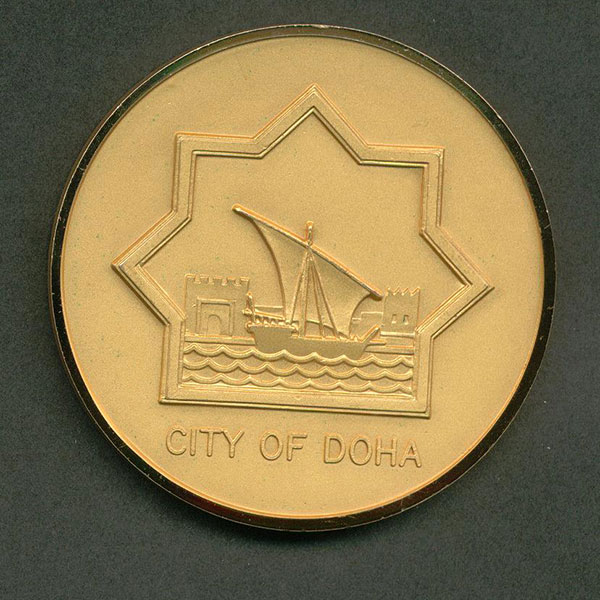 Why is this Kuwait’s visit a turning point in Zbyszek’s work? Why did this visit mark the beginning of his professional career as biotherapist? This trip could have gone either way. In the Arabic culture you could be either an eternal friend or an eternal enemy; and this can change suddenly and only one way. Zbyszek went there as a friend and came back as such. Apart from a good financial reward he also received an award and a diploma from the Mayor of Doha (Qatar) for helping many citizens. He was even called a prophet. If his methods (examined by many doctors) weren’t effective and didn’t bring positive results, this trip could have ended differently (as a reminder of that Zbyszek would often see a sheik’s servant ostentatiously cleaning his sword).Just before leaving Kuwait Zbyszek was asked about his clinic in Podkowa. He said that he didn’t have a clinic, he told them about his carpentry and horticultural activities. Nobody believed him, they decided that if he didn’t want to divulge information then that’s ok, it was his right.

On his return journey Zbyszek thought about this question of a clinic. Indeed he was achieving spectacular success, there were many conclusive cases proving his effectiveness, yet in Poland he only worked locally (via friends and recommendations). He decided to change this approach.

Registration of the SUN company, which still trades to this day, had to wait for another 5 years; however 1985 is the year when Zbyszek decided to put aside all his other activities and started working professionally as biotherapist. 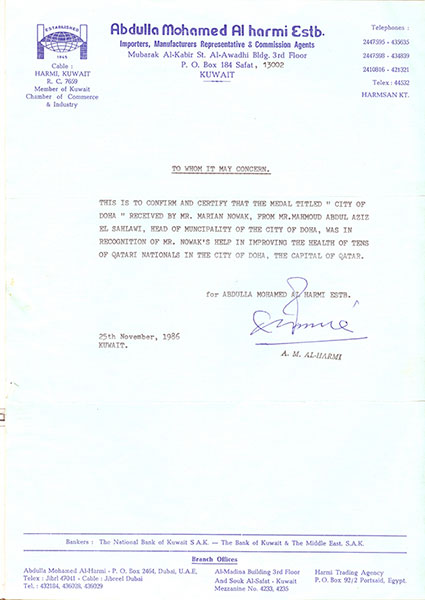 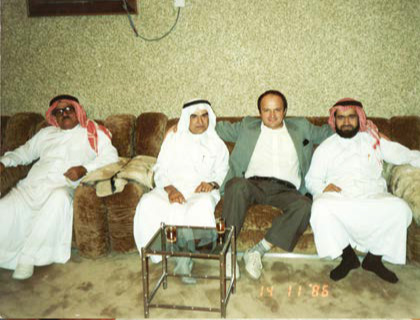 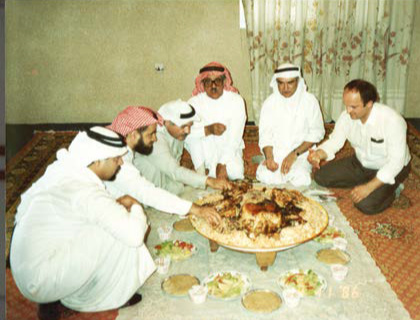 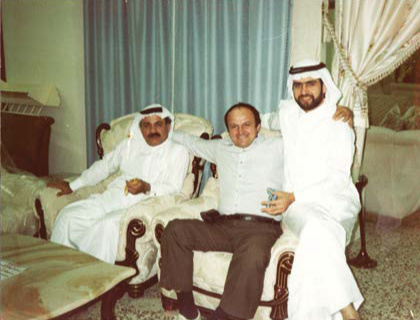 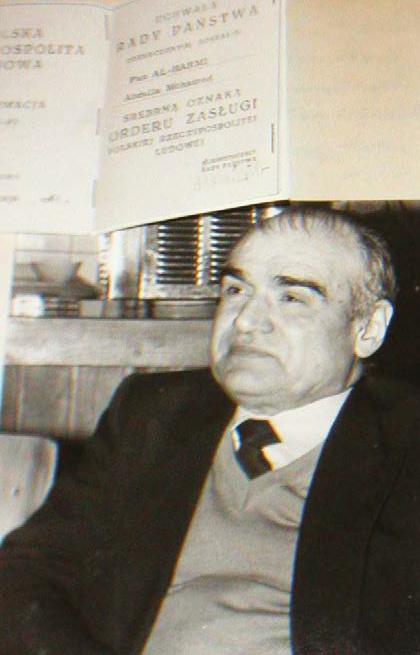 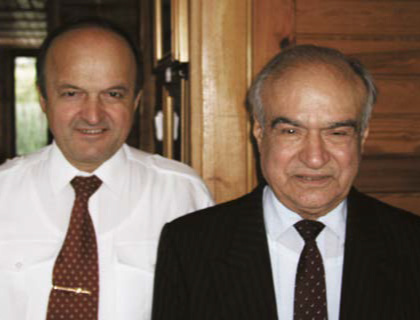