What is the CHURCH’S opinion?

Whoever meets Zbyszek and starts talking to him will never become his adversary. Just a few minutes is enough to know that everything he says and does is honest.

Same with priests who meet Zbyszek, they accept what he does and don’t see it as a challenge against faith. Zbyszek was also very fond of the Polish Pope John Paul II. He writes about it in his book “Such goodness radiates from his face…Holy Father and I” published in 1999 by the Warsaw Archdiocese. Zbyszek was raised in a catholic home. When life was hard he always turned to his beloved Virgin Mary to give him strength. For many years he felt her support. He showed his gratitude by funding the statue of Antarctic Mother of God which still adorns the Arctowski station. 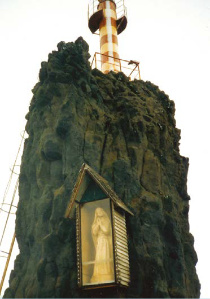 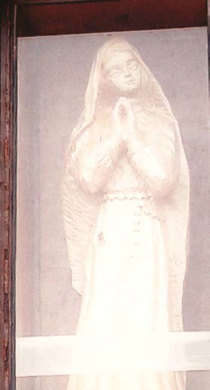 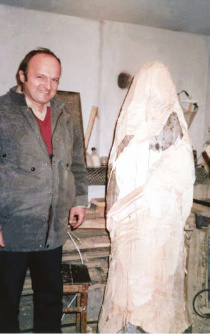 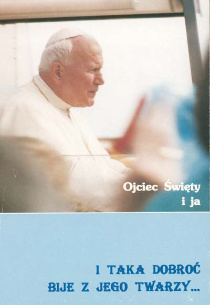 VIRGIN MARY OF ANTARCTIC 1988-2018
The thirty years of Virgin Mary Statue in Antarctic.

The natural size of Virgin Mary Statue was placed in polish polar Antarctic base named Arctowski in a specially built chapel. The Figure had been sculptured in a linden wood and it reached its destination, the Antarctic Pole sent from Podkowa Leśna nearby Warsaw in Poland. It was secretly smuggled by soviet ship “Admiral Somow”

It will have passed 30 years since that moment in October 2018. It is worth to recall the very idea as well as the story of its completion and circumstances, which resulted in the fact that Antarctic Virgin Mary managed to arrive in the ice covered continent.

Do not stop, do not fall, let God Almighty be witch you
Raise your head, look, listen and conquer
Everything is in your hands

The 30th anniversary of erecting of The Statue of Virgin Mary of Antarctic is closely interconnected with my 50th professional anniversary of discovering and first usage of the form of aid, which is energetic care by means of the photo.

It was 1968, in the hospital in Milanówek there was a young man lying in a serious condition diagnosed as extensive scull damage resulted from transportation accident. At that time nobody would let me into the hospital, however I found the solution which turned out to be effective. I asked for a photo of the patient and began to take care of him by means of the above photo. It often happens that in our life we can’t realize how many of our activities belong to the domain of intuition. It was just the intuition, which suggested me: as you can’t see him directly, see him in the photo.

50 years has passed since then and I dear say that something breakthrough occurred just then. It is not only that my patient in charge recovered completely, and is doing fine up to now, but due to my successful help given to that man the whole chain of incredible events has been launched.

Mr Jacek benefited from my help many times since then. He worked in The Institute of Ecology in The Polish Academy of Sciences, and was delegated to work in Arctowski Polar Station in 1976. Unfortunately due to his poor health condition he wasn’t able to go there. The respective medical research revealed very serious and disqualifying degenerative changes of both shoulder joints.

I learned about it and offered again my help by energetic therapy. After a few visits I confirmed that his body condition was all right and recommended him to undergo medical check again under supervision of the same doctor.

To general surprise another X-ray proved that all the changes were withdrawn without any trace, which meant that the obstacle to participate in a trip was defeated. Jacek as the member of technical team went to Antarctic. 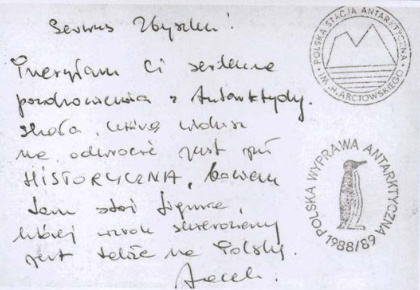 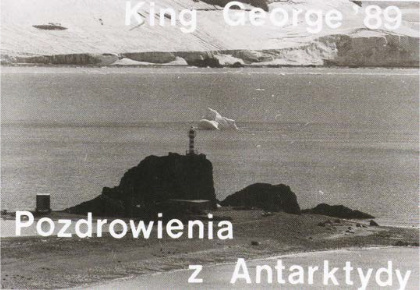 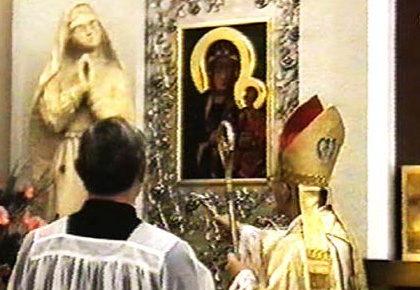 Let me make some retrospection.

When I was 10, my parents divorced and I was deprived of my mother. Together with my younger sister my mom moved from the house, and I and my brother were left with my father. It was such a traumatic experience for me that I had to repeat my 5th year at school, I lost my friends and as a matter of fact I was pushed to the social margin being considered as somebody
worse. Nobody helped me, whereas I desperately searched for this help because I was yearning of the lack of love.

I often used to go to the Church. No one pushed me, no one offended me there. I was an altar-boy. I was looking insight the big holly painting of Mother Virgin of Częstochowa and sometimes I had a feeling that she caressed me and smiled at me. I declared Her to be my mother then.

I used to read a lot of books from the parish library, I studied biographies of the saints and I had long chats with my parson. I found out from these conversations that the Franciscan Friar Father Maria Kolbe founded a garden dedicated to The Blessed Virgin Mary in Nagasaki, Japan. God Almighty, how envious of him was I! I loved my Mother so much as well, and I was very eager to widespread her glory everywhere as to prove my gratitude. Over the years I was trying to figure out how to do it.

In 1970, while reading o Virgin Mary of Fatima revelations, I found out that if the world is to be given to her heart by the Pope, it will avoid most terrifying war. So then apart from love and gratitude there was another naïve but overwhelming need which appeared in my heart to save the world.

I realised that the best idea would be to embrace the whole world from the South Pole. I imagined that when you stand on the Pole, you see the whole sphere above your head. Surely it indicated that The Statue of Virgin Mary has to be erected in Antarctic as a visible symbol of giving the whole world under Her protection.

Time went by so quickly, while working and helping sick people. In 1998 I found out that Jacek, my patient in charge, became the head of the whole technical team in the 13th Antarctic trip.

My plan to erect the Statue of Virgin Mary in Antarctic was becoming more and more real. It wasn’t easy though. I had no money to pay the sculptor. Nevertheless I didn’t give up and I started to look for help to make my idea to come true. The financial support I needed was given to me from The Saint Jacek Bookstore in Katowice.

You can talk for hours about the troubles that accumulated then, but actually what happened afterwards seems like a beautiful fairy tale.

On the 16th of October 1988 in the premises of the Polish Episcopate there was special holly mess and consecration of The Statue conducted in a private chapel of Archbishop Bronisław Dąbrowski, who led the ceremony. 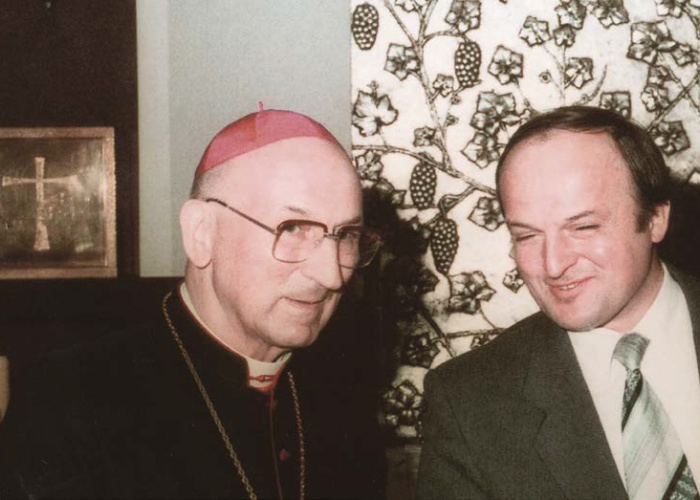 Archbishop Bronisław Dąbrowski RIP was Zbyszek’s great friend, spiritual guide and father figure. He blessed the Antarctic Mother’s statue in his private chapel. His blessing, memorialised in the commemorative book, is a most treasured souvenir. 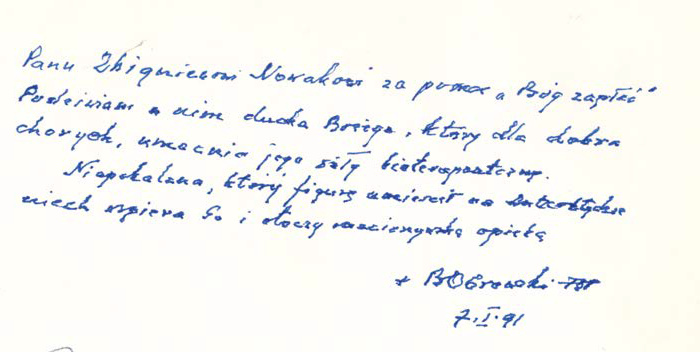 After this special ceremony The Statue of Virgin Mary of Antarctic sailed into the white continent by the soviet ship, strictly confidentially as the possession of National Security Office. And it is still there up to now. In this year thirty years will have passed since those circumstances.

You can say that all the action that matters was accompanied by incredible events. Not to mention the peculiar means of transport, kindness and cooperation with people whom I wouldn’t expect to do so, does not finish the story. What is more when the ship with Virgin Mary on board set of from Gdynia, the surface of the sea was not wrinkled by even the light breeze of
wind, the Nord Sea usually violent at that time was smooth and flat, the Biscay Bay and the Atlantic Ocean famous for roaring forties and howling fifties were as calm as never so far.

According to the reports of the 13th Antarctic trip team there was hardly a winter that year, which normally used to be severe and nothing bad happened to anyone.

I made my dream come true, and proved it is worth dreaming. You can catch the stars if you do believe it. I proved that when you base on the fundaments of faith, being supported by our Virgin Mother you can overcome all difficulties.

***
Hi Zbyszek!
I send you my sincere greetings from Antarctic. The rock you see on the
reverse is already historical, because The Statue standing there is facing
Poland too. Jacek.
*** 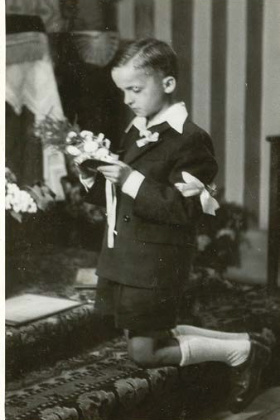 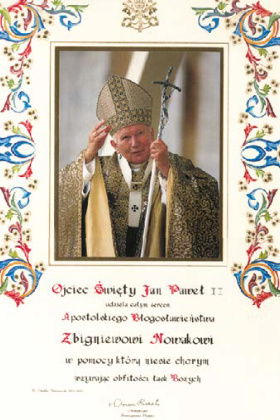